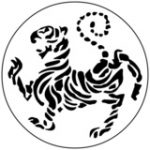 Shotokan is a style developed in the 1920’s by Gichin Funakoshi. Considered the father of Modern Karate, Gichin Funakoshi studied the 2 most popular Okinawan karate styles of the time, Shorin-ryu and Shorei-ryu. Shorin-ryu is characterised by long deep stances and primarily linear powerful motions. Most of the kata Shotokan uses was taught to Funakoshi in this style, in particular all beginner and intermediate kata. Shorin-ryu, which Funakoshi studied under Master Itosu, traces its lineage to Shuri-te (lit. hand of the Okinawan city Shuri). Shorei-ryu, taught to Funakoshi by Master Azato, traces back to Naha-te (lit. hand of the Okinawan city Naha). Shorei-ryu has a lot of high narrow stances for strong stable motion and quick circular motion used in evasion, redirection, and joint locking.

When Funakoshi became a teacher himself, he never taught under a specific style; instead he just taught “karate” the way he knew it. He also made a couple of notable changes to karate. First, he pushed to have it taught in universities as clubs. Additionally, he adopted the judo belt system (although when he adopted it there was only white, brown and black belts awarded). His style became known as Shotokan due to a sign that his students put up outside his dojo:  Shoto means “pine waves” (the motion of the pine needles in the wind) while kan means “building”. As its popularity grew, the style became known as Shotokan, and has since become one of the most popular karate styles worldwide.

Kanku Dai - “To look to the Sky” major form

Kanku Sho - “To look to the Sky” minor form

Empi - “Flight of the Swallow”

Gankaku - “Crane on a Rock”

Meikyo - “Bright Mirror” or “Mirror of the Soul”